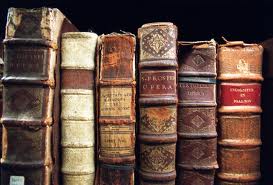 According to records the first child, Emily Jungek, was baptized by the first resident pastor, Father L. J. Vaughn, on April 30, 1904. However, there is unofficial evidence that the parish may have been established two years earlier and had its mission Church, Holy Guardian Angels, at Brackett. Altoona residents likely had attended church at Brackett or Eau Claire in the late 1880′s, since the oldest Eau Claire Church, Sacred Heart, was completed in 1881. The same year, 1881, St. Patrick’s Church was built. Eleven years later, 1892, St. Mary’s Congregation was started as a “mission” to St. Patrick’s and was attended by Fr. A. Kelley and later by Fr. A.B.C. Dunne. At first, services were held in the community hall which the Altoona Catholics shared with the Episcopalian residents. This white frame building stands in the 300 block on First Street West and is now St. Luke’s Episcopal Church.

Later, services were held in the “City Hall”, which was eventually destroyed by fire. Mrs. Annie Riley, “a saintly, persevering shepherd of the little flock at Altoona” interested the congregation in purchasing a small house located back of the city auditorium on First Street East.

The inspiration for establishing a full-parish at Altoona has been credited to Fr. Lawrence J. Vaughn. Altoona’s first resident priest was reared in New Jersey, became an actor on stage prior to entering the seminary, spent three years as assistant to Fr. Dunne at St. Patrick’s, then was pastor at Loretta, Wis., and finally was assigned to St. Mary’s in 1902. At first he continued services in the small house by the city auditorium. He went about lecturing a great deal and used his “lecture money” to help build up St. Mary’s Parish. He bought, with the bishop’s approval, a two-story rambling hotel for $500-$600, the Omaha Eating House that had been abandoned by the Railroad Business Car Company. The building was moved from its location north of Spooner Avenue near the 1600 block to the east side of the 200 block of Fourth Avenue West (where the new church is presently located). The basement of the building that had served as the hotel stable was completely remodeled and served as a chapel for the teaching Sisters and the parish Church until 1916 when the Church was located on the south side of Lynn Avenue, across from the new Church.

The old hotel become the very first high school for boys and girls in Altoona. Two Benedictine Sisters from St. Joseph’s, Minnesota, ran the school for the parish. In 1907 Father Vaughn’s health failed and he moved to Janesville where two years later he died.

This school became an intricate part of the history of St. Mary’s. Its name changed several times from St. Mary’s Institute to St. Mary’s High School, then from St. Mary’s Boarding and Grade School to St. Mary’s Academy and then to St. Benedict’s Academy. The Sisters of St. Benedict continued to build up the school, getting it accredited by the University of Wisconsin as a full-fledged high school. Later the Sisters bought the school and called it St. Benedict’s Academy. In 1926 it became a girl’s boarding school until 1938, after which it was changed to St. Benedict’s Boys’ Boarding School. In 1960, the parish and Fr. Smeenk, pastor, negotiated to buy back the school from the Benedictine Sisters to serve as St. Mary’s Grade School. The Benedictine Sisters continued as teachers. In 1962 the first lay teacher, Mrs. Andrew Gahan, was hired to help the four Sisters. About 127 students attended classes in grades two through eight in 1964.

The present school was built (started) in October, 1965, and dedicated May 23rd, 1966, under the guidance of Fr. Herbert Zoromski, pastor. Sister Thomasine was the first principal followed by Sister Josile through whose efforts the school became a leader in the area of modern teaching methods. In 1971 the school affiliated with St. Patrick’s by sending 7th and 8th graders to St. Patrick’s Middle School. Then in 1984 the school became affiliated with Immaculate Conception school for grades 6, 7, and 8.

Returning to personalities of the parish, after Fr. Vaughn left in July, 1907, Fr. Henry Toeller came to Altoona. It was under his charge that the old St. Mary’s Church was built (completed September 1, 1916 at 1811 Lynn Avenue, with a congregation of about 30 families. Part of the church was paid for by selling St. Mary’s Academy to the Benedictine nuns. The cost of the Church, with furnishings, was somewhere around $8,550.00. The parish rectory, which had been turned into the Sister’s convent, was also constructed at this time, a Sears Roebuck pre-fab house. This house currently is located at 927 E. Garfield, Altoona.

Fr. Toeller left in 1923 and Fr. Titus Tettenborn of the Oblates Immaculate Mary (O.M.I.) took over from February to September. The Oblate Fathers continued to serve St. Mary’s for the next forty years. Fr. John Pohlen arrived in October 1923 and was replaced by Fr. M.J. Kasper, O.M.I., in May 1930. In 1934, Fr. John Schulte took Fr. Kasper’s place till 1941 when ill health caused him to leave. Fr. Kasper returned for a short time, till May 1942, after which Fr. Theodore Joerissen became acting pastor until August, 1943. In September, 1943, Fr. James E. Noonan, O.M.I. arrived and served the parish till 1956. The parish at the time had about 85 families. He was followed by Fr. Carl Meyer until May, 1957 when Fr. Karl Smeenk came. It was during his pastorate that the parish bought back the school from the Benedictine Sisters. He left in 1961 when Fr. Stanley Sergot arrived and served the parish until June 1964. It was at this time that Bishop Treacy replaced the Oblate Fathers with a diocesan priest, Fr. Herbert Zoromski.

During Fr. Zoromski’s stay, from 1964 to late August 1968, the parish razed the old school and built a new one-story brick school with five classrooms. He purchased the house at 1827 Lynn to serve as a rectory, leaving the old rectory as the teaching Sisters’ convent. The convent was moved to 927 E. Garfield to allow parking for the new church being built onto the school at 1812 Lynn Avenue.

On August 28, 1968 Fr. Norbert Wilger arrived to assume leadership over the (then) 265 family parish. The Community Center was added to the north side of the school in April 1982 (groundbreaking was November 9, 1981). The Fatima shrine statue came to St. Mary’s from Fatima, Portugal, in July 1988. On April 15, 1998, Bishop Raymond L. Burke came to St. Mary’s to officiate the “Blessing of The Site” for the new Church. The stained glass windows picturing Mary, Stations of the Cross, the Tabernacle, statues and other items from the old church found a new home in the new Church. The Church bell was moved to the Lady of Guadalupe Shrine at the Diocesan Center.

Confessions: Saturday | 10am to Noon