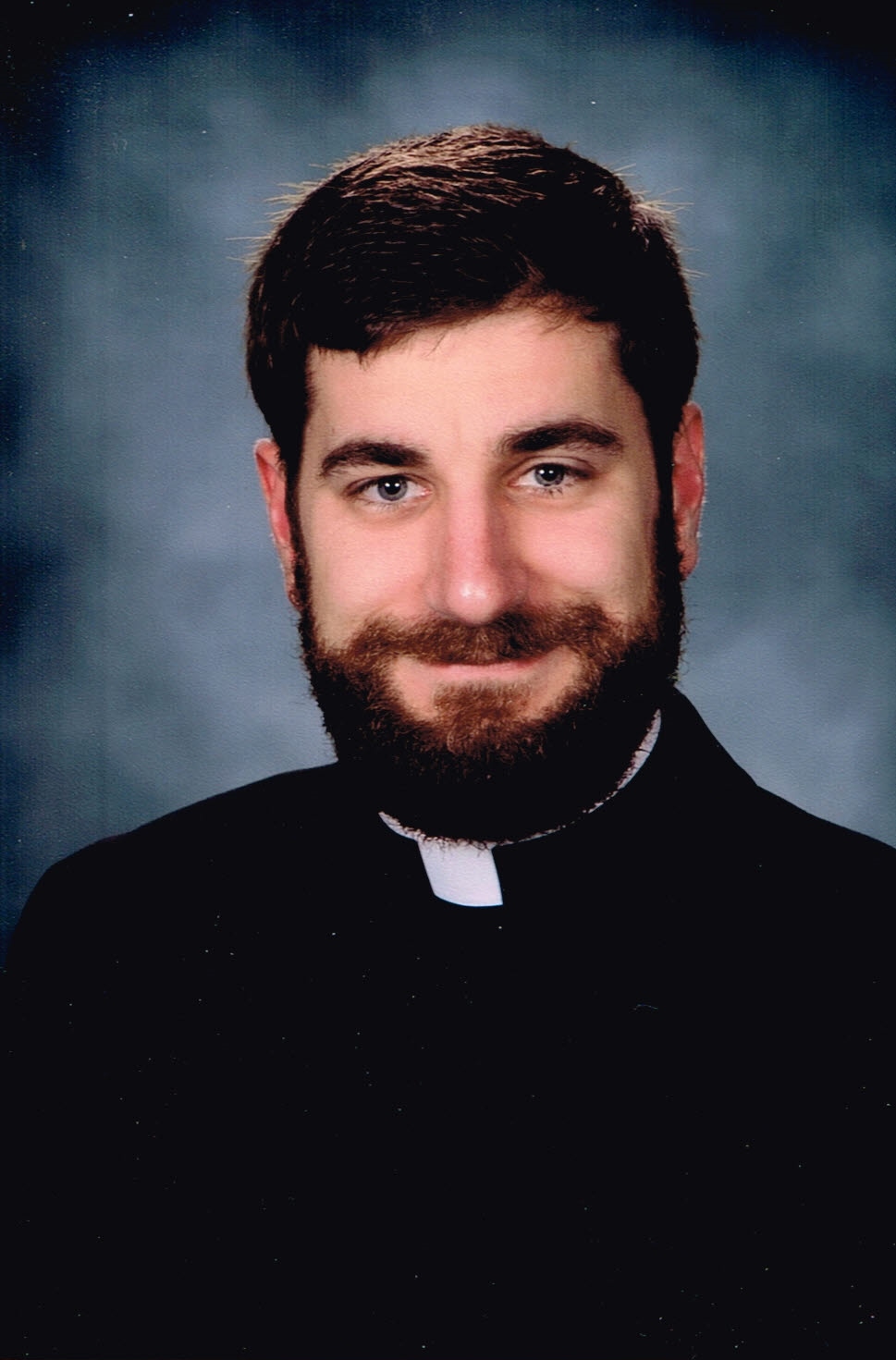 Fr. Daniel Sedlacek was born on August 21, 1989 and was reborn in the Sacrament of Baptism on September 24, 1989 at his home parish of Holy Cross in Cornell, Wisconsin.

He grew up on a dairy farm with his parents and three brothers and 5 sisters. He was educated at home K-12. One of his favorite things to do while growing up was to serve Mass at his home parish.

His childhood pastor was the late Fr. Jeremiah Cashman, who planted many seeds of a priestly vocation. Fr. Sedlacek first considered priesthood at about the age of seven, but first experienced God’s call when he was in fifth grade. The example of the lives of the Saints, especially those who were priests, often inspired him to consider the priesthood.

Through the forthright guidance of his youth minister, Deacon Tom Kinnick, he decided to enter seminary after graduation from high school.

In the Fall of 2008 he entered St. John Vianney College Seminary at the University of St. Thomas in St. Paul, Minnesota. There he earned a Bachelor of Arts degree in Philosophy and Catholic Studies. He then was sent to study theology in Rome, Italy. There he earned his Bachelor’s in Sacred Theology from the University of the Holy Cross, and post-graduate degrees in the thought of St. Augustine and Joseph Ratzinger/Pope Benedict

XVI. He was ordained a deacon at St. Peter’s Basilica in the Vatican on October 1, 2015, and ordained a priest at the Cathedral in La Crosse on June 25, 2016 by Bishop William Patrick Callahan.  He served the first two years of his priesthood assisting Fr. Samuel Martin at St. John the Baptist parish in Marshfield and Christ the King parish in Spencer, and as chaplain to Columbus Catholic High School and Middle School in Marshfield.